The Notes Feature gives your users the ability to create their own notes and lists within your app.

Written by Tim Tietz
Updated over a week ago

What is the Notes Feature?

The Notes Feature is a feature that allows your users to create and manage their own personal notes within your app. They can create new notes, edit or delete existing ones, search across the notes that they’ve already created, and pin their most important notes so that they’ll always appear at the top of their list of notes in the feature.

In this article we’ll go over a couple of ways that the feature can be used in different types of apps, how to set it up, how it’s used within your app, some pro tips that we think will help, as well as links to a couple of related articles. First let’s go over some of the use cases for the Notes feature.

What are some use cases of the Notes Feature?

There are a number of different types of apps that can benefit from giving your users the ability to add their own notes to them. Some use cases of this feature are:

What is the Notes Feature’s primary function and what are the steps to accomplish it?

As we mentioned before, the Notes feature allows your users to create their own notes while in your app. The feature is extremely easy to set up and use. First let’s go over how to set it up, then we’ll go over how it’s used within your app.

How to set up the Notes Feature

Optionally you can change some of the phrasing within the feature by going to the Language tab in the Feature Editor:

There you’ll see all of the phrases that you can change. Once you’ve made the changes that you want, make sure to click the “Save” button at the bottom of the Language tab to save those changes:

Now that you know how to set up the Notes feature let’s go over how it’s used within your app.

How the Notes Feature is used within your app

Before users can begin to add notes in your app they’ll need to create their own in app profile and log into it. This is required not only so that users view only their own notes, but it also adds a layer of security for their notes with the log-in requirement.

Once logged in, creating a new note within the Notes feature is as simple as tapping on the blue plus button in the lower right hand corner of the feature: 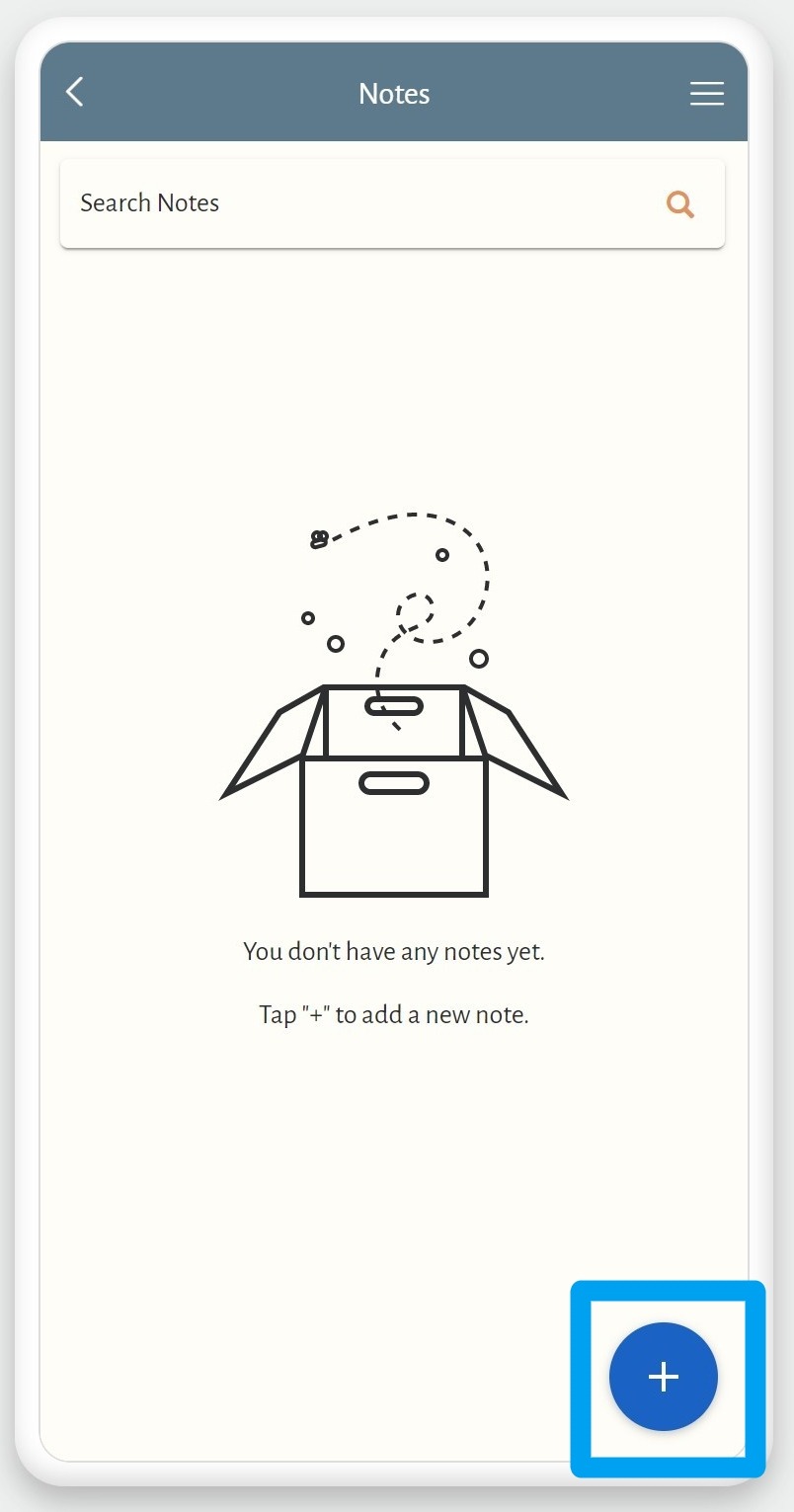 Tapping on that will bring the user to the note editor screen where they can type whatever they want into the “note” field and tap “Save” to save the note: 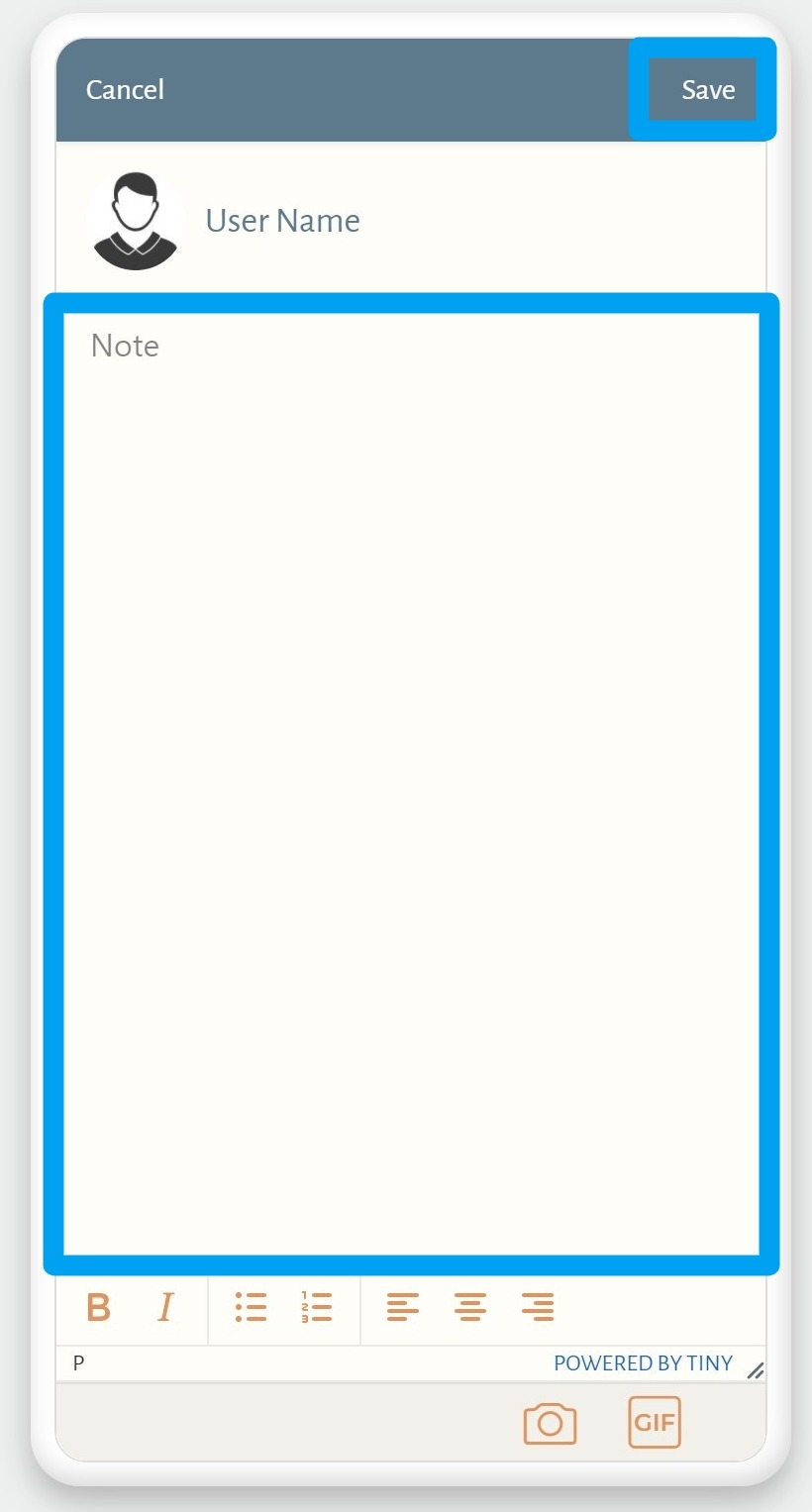 You may notice that there’s a number of text formatting options at the bottom which gives your users additional control over how the text in that note is displayed, as well as buttons that give users the ability to upload their own photos or .gifs from Gify: 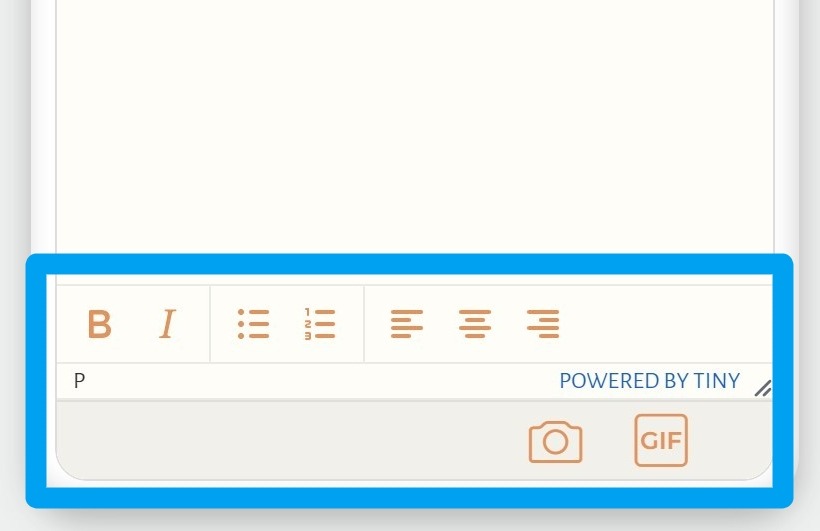 That’s all that’s needed to add a note. Over time users may want to edit notes. To do this all they need to do is tap on the note that they want to edit, then make the changes that they want to make to the note. They’ll need to make sure that they tap “save” at the top right corner of the screen in order to save their changes before closing the note: 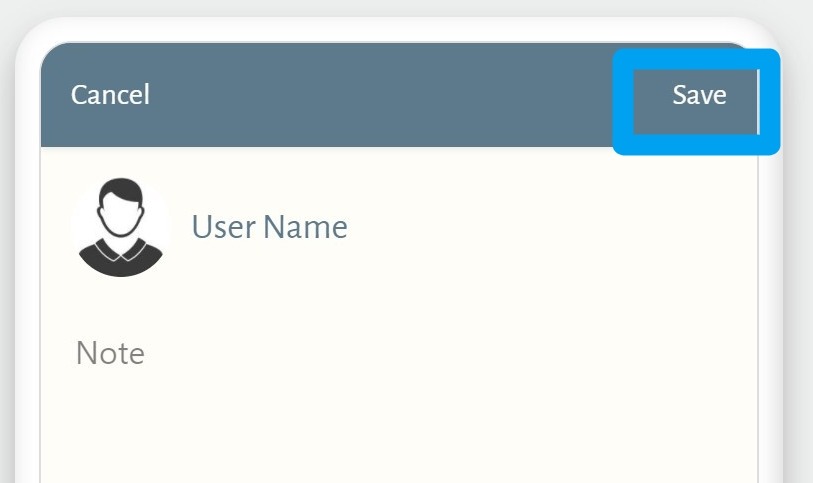 They can also search across their notes with the search bar which is extremely helpful as they add more notes to the feature: 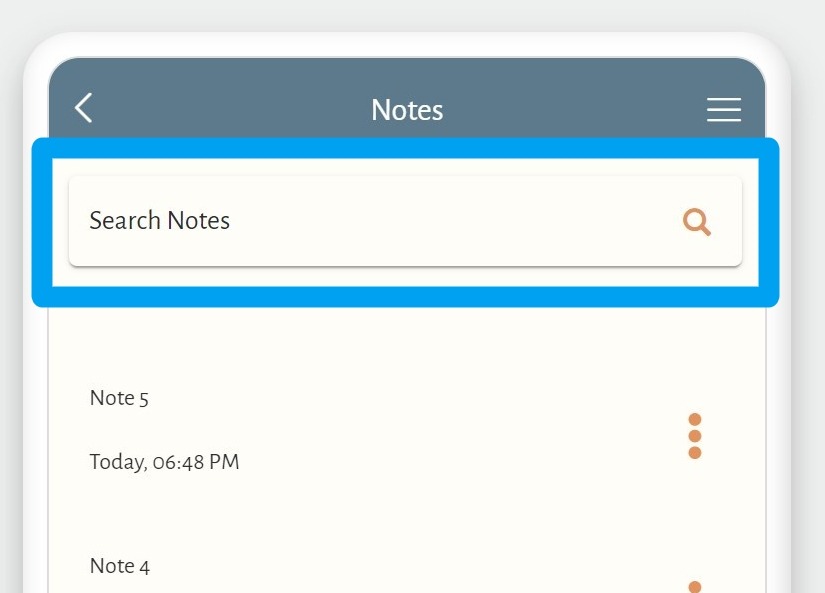 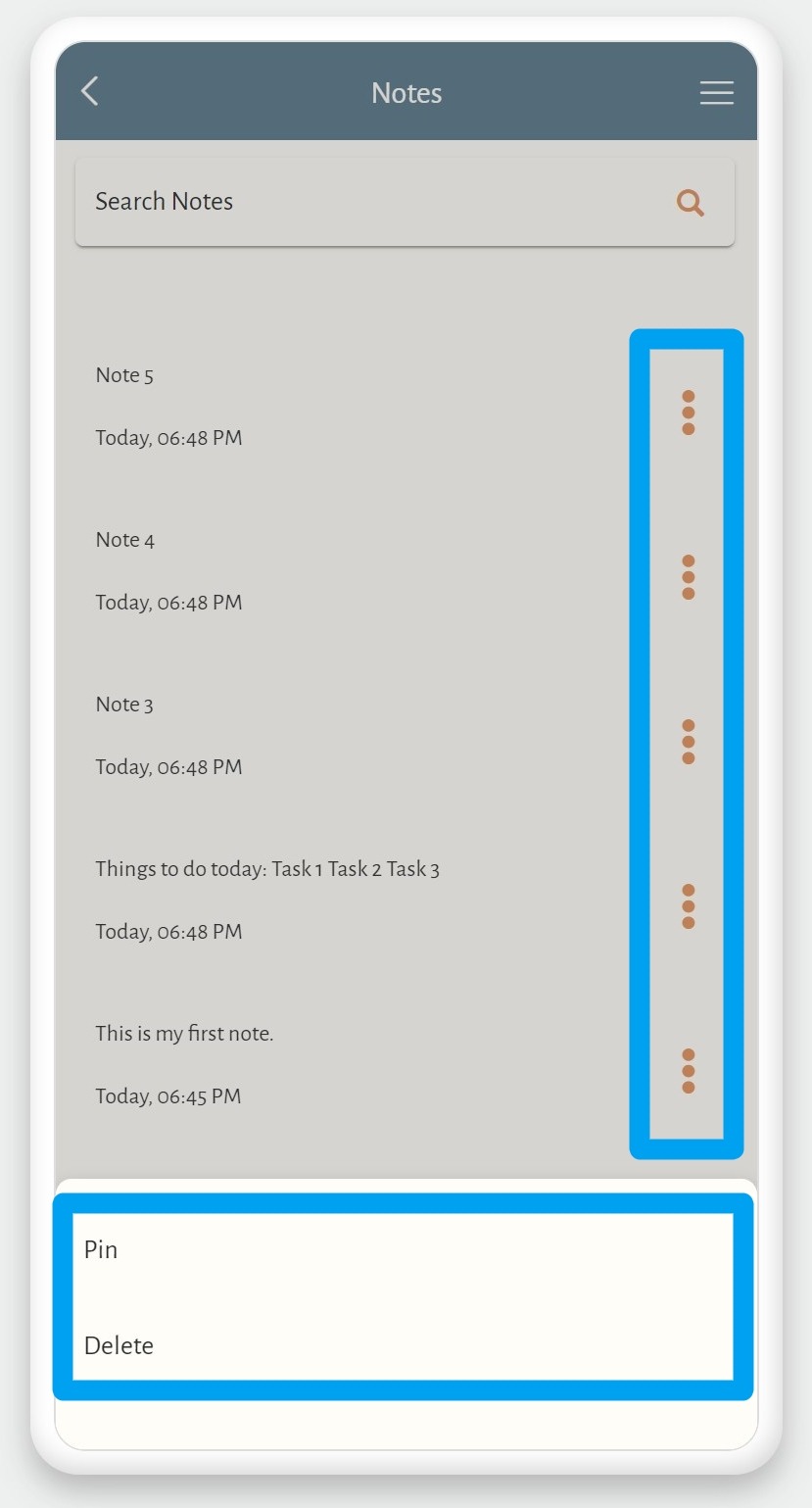 That’s pretty much all you need to know about the Notes feature! Now that you know how to set it up and how it’s used in your app, let’s go over some Pro Tips that we think will help you utilize this awesome feature.

What are some Pro Tips you should know to help take your app to the next level?

Having worked with apps for years, we’ve learned a thing or two. So, to both help your app stand out and help you take full advantage of the Notes Feature, here are some tips you should consider.

Pro Tip 1: Add the feature to your side menu for quick and easy access

Since this is a feature that will be used on a regular basis we recommend that you add this feature to your app’s side menu so that it’s easily accessible anywhere within your app. If you don’t know how to add a feature to your side menu, then we encourage you to check out this article.

Pro Tip 2: You can have multiple Notes features within your app

We mentioned before in our use cases that there can be multiple uses for the Notes feature in your app, but you’re not locked into having to use one Notes feature for your entire app. If you want you can make different Notes features for different subjects. So if you have a “Devotionals” notes feature and a “Sermon Notes” notes feature the notes that users make in each one will remain there and they won’t cross over into each other.

Pro Tip 3: Use the Notes feature to help encourage user interaction and engagement in your app

The best way to keep people using your app is to make it as interactive as possible and to give them incentive to continue using it on a regular basis, and the Notes feature can be a great tool in accomplishing this!

Pro Tip 4: Think about creative ways to pair the Notes feature with the other features within your app

Building off our previous tip, if you can think of creative ways to pair the Notes feature with the other features that we offer and the ones in your app, that will help encourage your users to use the Notes feature a lot more often and increase user engagement.

What are some related articles?

In addition to this article, we recommend checking out the following related articles so that you have a better insight into how to best use our system:

Still have questions? No problem! Reach out to us and we’d be happy to help :)

Did this answer your question?